It’s an ill wind and all that.


Fathers’ Day and yet more loft sorting yielded some good reads which have taken up the slack caused by no painting (to speak of). I haven’t got a loft like the Tardis, but it does hide a multitude of sins, not least of which is my accumulation of books and such. I hesitate to describe it as a library because that implies some sort of order and method, which is the last impression you’d get if you penetrated the area. I’m similarly gifted in my reading discipline in that now, well separated from work and academia (don’t get the wrong impression!) I read books in just about any order I want. Luckily I am faddish so there is often a theme to my reading, but I am known on occasion to have several books of widely divergent subjects on the go at the same time. Except for novels: novels are read one at a time.

So, in no particular order, I’ve highlighted a few books below from the battery of books I’ve read recently which are well worth a read and a couple which are maybe worth skipping if you haven’t got long to live. If you don’t like this list, I have others . . . . 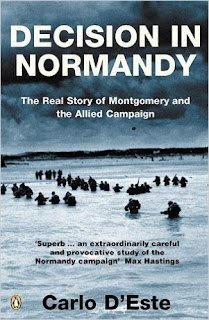 Quite a painful read about the command decisions in the Normandy Campaign and the relationship between Montgomery and the other Allied commanders. Not just Ike and Bradley, but Tedder, Conningham, Harris, Churchill and his own divisional and brigade commanders too. It’s an excellent book and should become a standard text for this campaign.

Well written and easy to read, it’s an unbiased and truly warts and all approach which also raises some interesting questions. I cleared the five hundred-odd pages in less than a week, even though it’s heavy in detail in places. My only winge is that it could have done with better maps, but that gets said about almost all military titles. 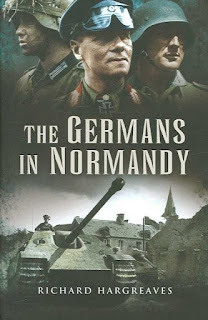 It’s useful and gives a reasonable view from the German perspective, but the dearth of German sources published in English probably exaggerates its worth. Hargreaves has an annoying habit of translating German words and phrases too literally: Widerstandsnest (WN) is translated as ‘nest of resistance’ rather than simply resistance nest or even strongpoint. However, it’s much better than Paul Carrel’s ‘Invasion – They’re Coming!’ which is pretty dire: outdated and badly translated. 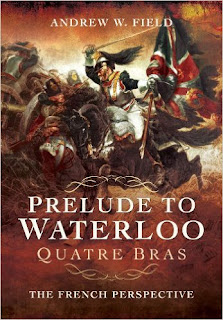 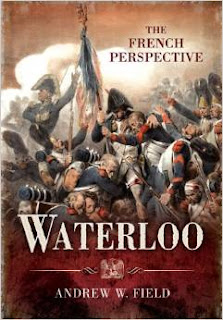 I enjoyed both these books, but the Quatre Bras title more. As Field says, the French lost so there are nowhere nearly as many French sources as British. The Germans (all types!) and Dutch-Belgians are given a fair crack of the whip, though I’m sure Herr Hoffschroer would find something to moan about.

Both books give an interesting run down on the armies and commanders involved and, if you’re a fan of the 1815 campaign, both books are worth adding to your collection. However, the maps are good, so there must be something wrong somewhere.

Now, that’s it for the military stuff so those who read nowt else can finish here. The rest of you, who have an imagination and who obviously appreciate good reading should continue. (Pause for smug smile . . . .) 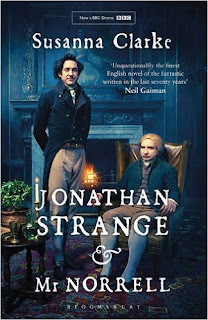 You’ve seen it on the telly (or maybe you haven’t), but, as usual, the book is even better. A thousand or so pages of pseudo Dickensian prose with phoney footnotes about the renaissance of English magic. If you want a long, amusing and well written book, then this is one for you. Unfortunately, is contains some howlers and it’s obvious Ms Clarke isn’t steeped in the period, but it’s only pretend anyway. 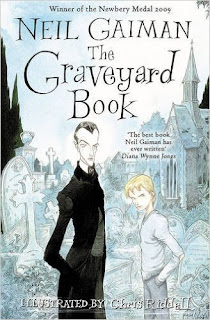 This is technically teenage fiction, but it’s a great read. Essentially, it’s about a boy who is brought up by a vampire and ghosts in a graveyard. He ended up in this situation because he escaped the murder of his parents, although the perpetrator intended to kill the whole family. How to educate the boy and keep him safe when you yourself have fairly limiting difficulties? Yes, it’s ridiculous, but it’s also excellent. 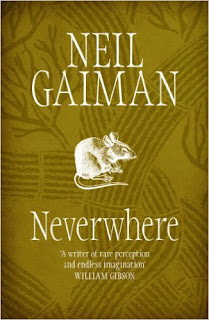 I was set off on a short Neil Gaiman fest by that last book and this one is a fantasy classic which has been adapted for TV and radio. A young man accidentally gets involved with the inhabitants of ‘London Below’, an alternative London whose population lead a parallel, semi-magical existence. The place throbs with intrigue and there might even be war. Mssrs Croup and Vandemar are possibly the best and most soulless villains in literature. Get it read! 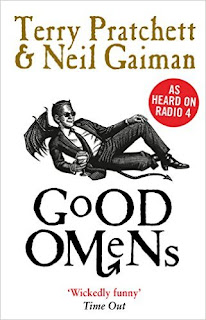 An angel and a demon rubbing shoulders with the hoy polloy? Even worse, they join forces to save humanity! I’m not the world’s biggest Terry Pratchett fan – I think he simply got into the habit of churning out pot boilers even though there are some excellent books in his (very long) canon. Nevertheless, this is a classic.

I make no apologies for the inclusion of three Neil Gaiman books. He’s not only a very good writer, but his ideas and imagination are exceptional. The references for the books are for editions you can buy nowadays.


I’ve unashamedly swiped the idea of including whimsies and points of interest from a well respected and popular blogger. It’s not an original idea of mine at all, but it is a very good idea. Just thought I ought to mention that.


Those of you who actually read this stuff rather than just looking at the pictures (I know there are some who do) will maybe have noticed that I begin quite a few paragraphs/sentences with ‘so’. So, I want to point out that this isn’t the effect of the new fad of beginning every answer with ‘so’, which is becoming as insufferable as the seemingly unstoppable march of the upward inflection at the end of every sentence; it’s just me – done it forever. I fell into a despond the other night when I was watching a programme on the telly. I realised a succession of academics had adopted the ‘so’ habit, even quite sensible looking ones who were allowed to stay up late on a school night. Just shows how BBC2 has slipped over the years.

By the way, the leprosy appears to have had something of a shock accidentally administered by a week’s dosage of antibiotics, intended for something else. The upshot is that whatever was affecting my hands seems to have been given a thorough hammering by said medication and the latest in a long line of emollients. Could well be on the mend at last. Paint brushes this weekend then.
- July 24, 2015 8 comments:
Email ThisBlogThis!Share to TwitterShare to FacebookShare to Pinterest
Labels: Books, Curcumlocution
Newer Posts Older Posts Home
Subscribe to: Posts (Atom)