After a brief respite the hand problem returned - serves me right for getting cocky. Nevertheless, despite the necessity of bits of plastering and subsequent painting etc., the appendiges do seem to be making some improvement. A visit to yet another specialist (very attractive young Polish woman this time) has resulted in a new treatment regime and a promise that ”We will become very good friends” – cor! Unfortunately, she was referring to the management of the ‘condition’ rather than anything else. So, painting is still a struggle (and typing’s a pig), but, during the interregnum, at least I got a battalion finished and polished off an ECW Royalist field officer who may yet find his way into a cavalry unit. 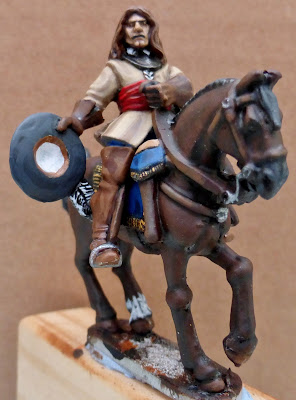 Shame really, as, aside from the assembly line stuff, I’ve got some more stimulating things ready to roll. I have begun to suspect that somebody sits there plotting my downfall. There’s going to be a funny side to all this, but I’m struggling to see it.

Anyone identify this song?

So, thought I’d do some more book recommendations as the last lot kept the well from drying up. I do actually spend my time doing more than reading, but I’m sure you’re not interested in a chronicle of my real world activity. 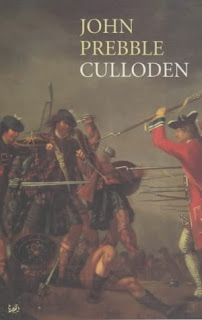 It’s the 300th anniversary of The ’15 and the 270th of The ’45, so I thought it was an appropriate time to re-read this one, particularly as Edwin King (Diplomatist Books) laid temptation in my path.

I assumed everyone knew about The ’45, but it came up in conversation at a sort of party, get together thing a few weeks ago (“So, what have you been reading lately?). It turned out that, while everybody knew about Bonnie Prince Charlie and even about Flora McThingy’s ferry service, slightly fewer had hear of The ’45. So much for the SNP’s play on words last year - Ms Sturgeon would have been spitting blood by this time.

Prebble’s book reads almost like a novel, but with few heroes and plenty of utter swines on all sides. Nobody comes up smelling of roses; it’s a sort of race to the bottom of human behaviour and I’m not entirely sure who wins. The Highlanders and who actually supported the Jacobite cause (often unwillingly) and many innocent civilians are clearly the victims of the failed rebellion and suffer at the hands of the English soldiers, Scottish auxiliaries, Highlanders from other clans and even their own lairds.

Altogether, it’s an important book and pretty much a standard on Culloden and its background. It contains good information on Life as a regular soldier and the social structure of the clans. It’s not absolutely unbiased, but it’s as near as I’ve seen and it’s a difficult period of history to deal with in any case. It was a brutal time in which life was cheap and got cheaper the lower down the greasy pole you were. 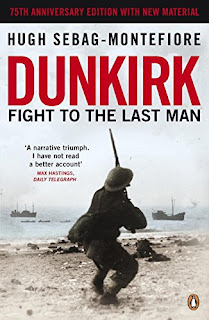 I’ve read this before, about five years ago, but, as this is the 75th anniversary edition and it was only about three quid from Tesco’s, I thought I’d see what it had to offer. Essentially, nothing much different from the original edition, so, if you’ve got that, stick with it. This special edition has had the footnotes removed (though they’re all available online) to make room for more personal accounts and appendices. However, it’s still a very well written account of the 1940 French campaign up to and including Dunkirk. 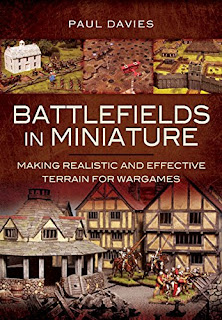 This isn’t really the sort of book you read through, but it’s an excellent book and well worth the price. It contains plenty of hints and tips, basic concepts and more skilled aspects of terrain construction. At this point I should probably say something like “Carlsberg don’t produce a book on terrain modelling, but if they did . . . .” 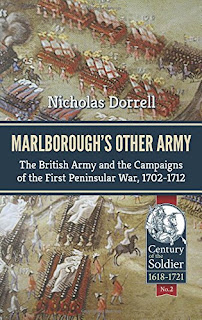 This is the one you’ve been waiting for! Raced through it – easy to read and a wargamer’s dream of a book. The good thing (there’s only one?) is that at last the less popular Iberian campaign is easily accessible to gamers in a digestible form. It covers organisation, orders of battle, maps and uniforms as well of a very readable narrative of the campaign(s). It’s part of the new ‘Century of the Soldier’ series from Pen and Sword and it’s set the bar pretty high for any following publications in the series.

As you might expect, you’re not getting away without some fiction and this time it’s sci-fi and fantasy, old(er) and new. 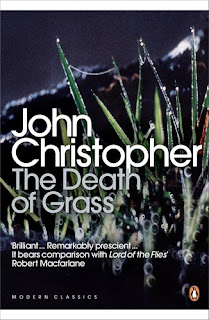 Thoughtful sci-fi written not long after the war, but years ahead of its time. A virus, which attacks all grass related plants (so most food crops and consequently livestock etc.)  has originated in China and is spreading across the globe. What can humans do and how can they cope?


By now, this is a somewhat dated book and it’s steeped in the post war period in both style and content, but it’s very well written and a real page turner. My copy has already been lost, ‘acquired’ by family vultures and since passed on to God knows where. Typical. 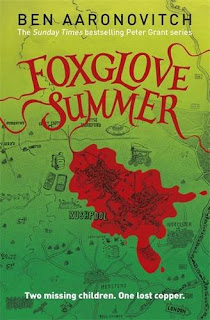 Aaranovitch began a series of books a few years ago about a special department in the Metropolitan Police . The department deals with all supernatural events within the Met area (and later outside also) where rivers have associated minor gods and magic is a common basis for crime and sedition. Yes, he’s been reading one of those books again.


Foxglove Summer is the latest in the series, and can be read in its own right, but, do yourself a favour and begin with the first volume. Comedy hovers just beneath the surface of a high quality text and, if this is your cup of tea, you whip through it in no time.