8th Massachusetts Volunteer Militia (Salem Zouaves) - they look better than they ought to. 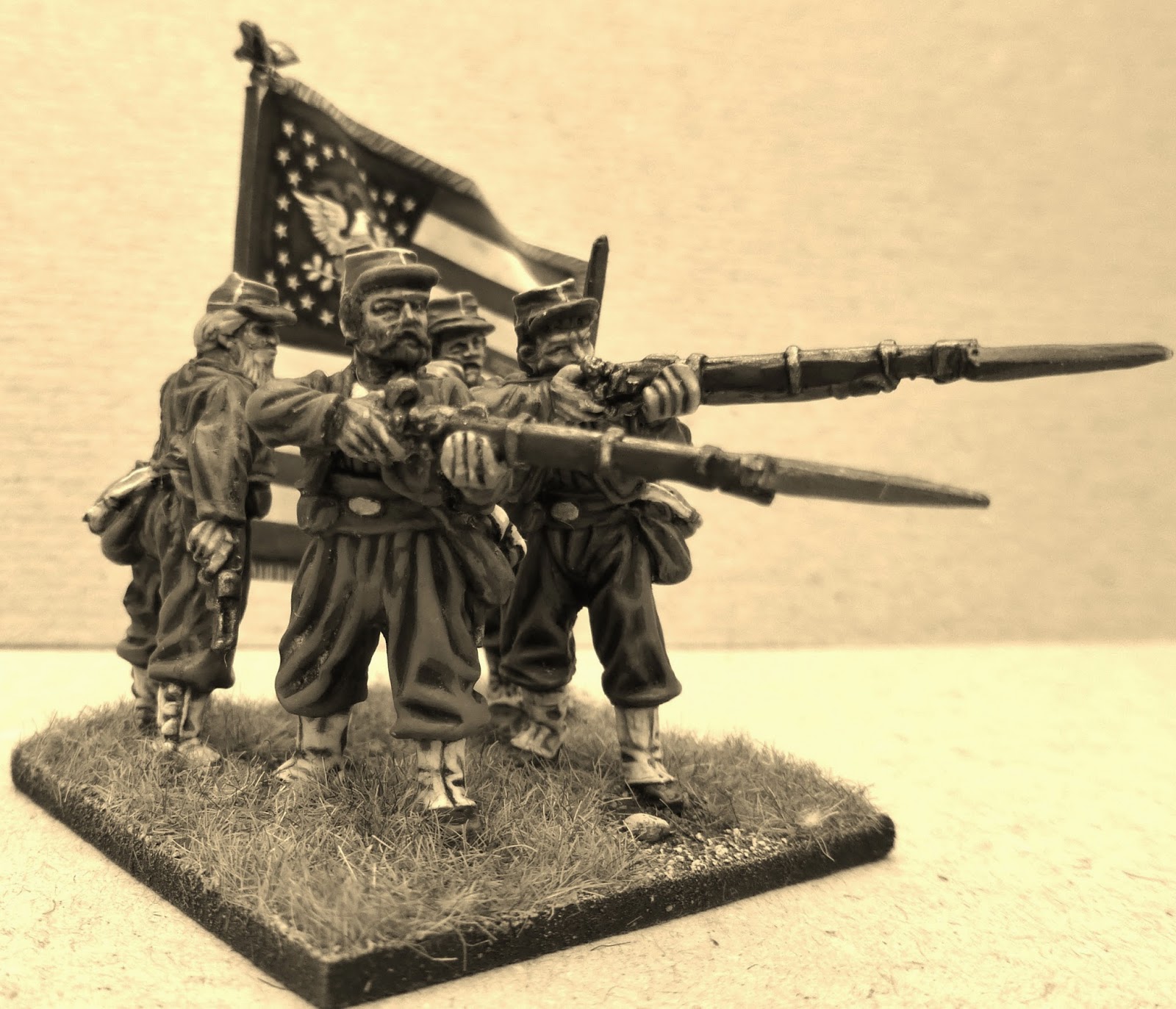 A couple or three weeks ago (maybe longer) I finally finished Company I of the 8th Massachusetts Volunteer Militia (Salem Zouaves) and I finally managed to base them. As I threatened, I’ve taken a few photos and posted them here. Not a bad looking set of figures, but, as I said a few times, they took some will power to get through. As far as I can see, the never actually got their boots dirty and certainly never fired a shot in anger, so they might fit in well with a lot of other wargame units knocking around! Nevertheless, they do look a decent enough unit and they’ll certainly do as a ‘utility’ unti for the union wargame army. 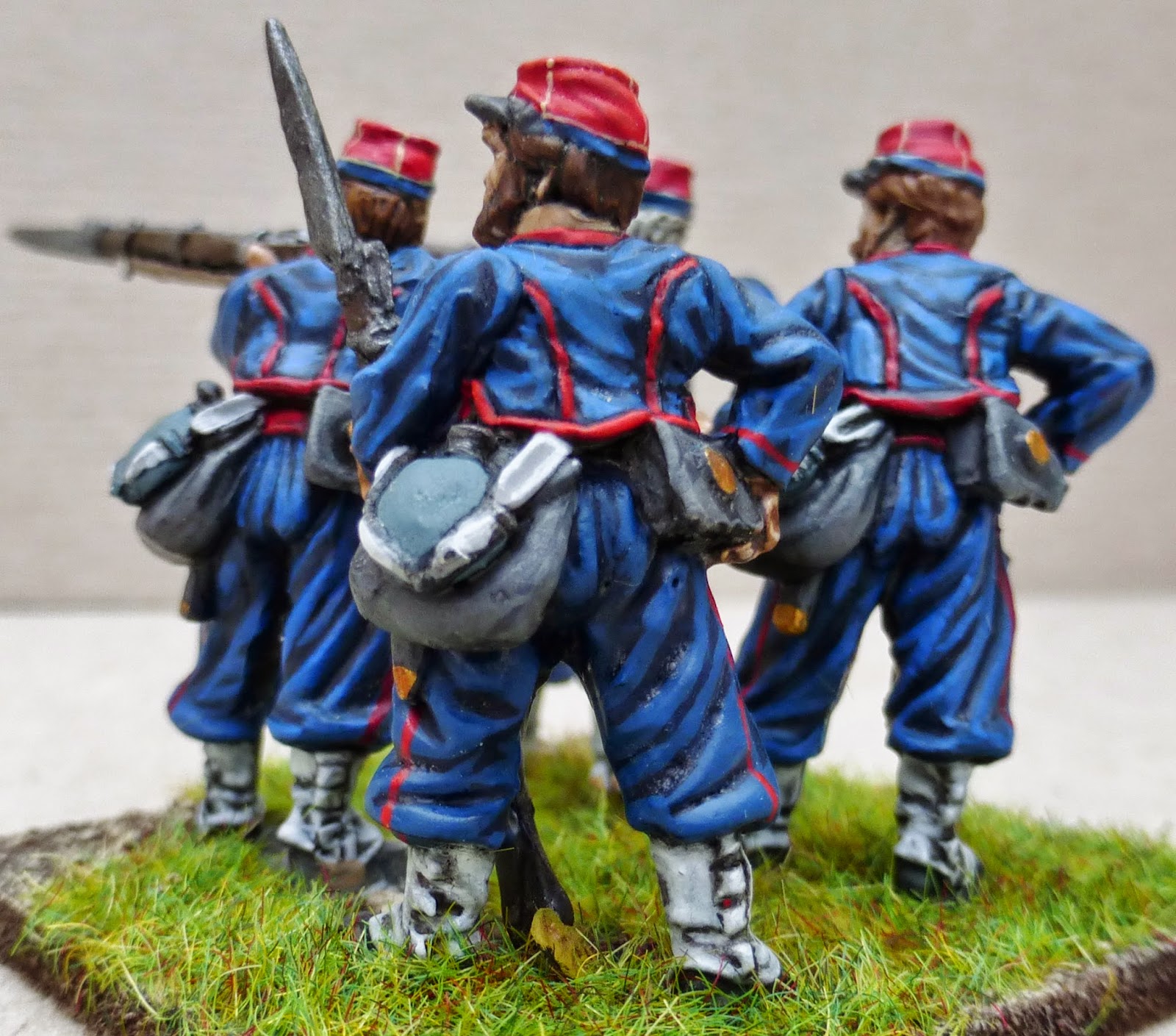 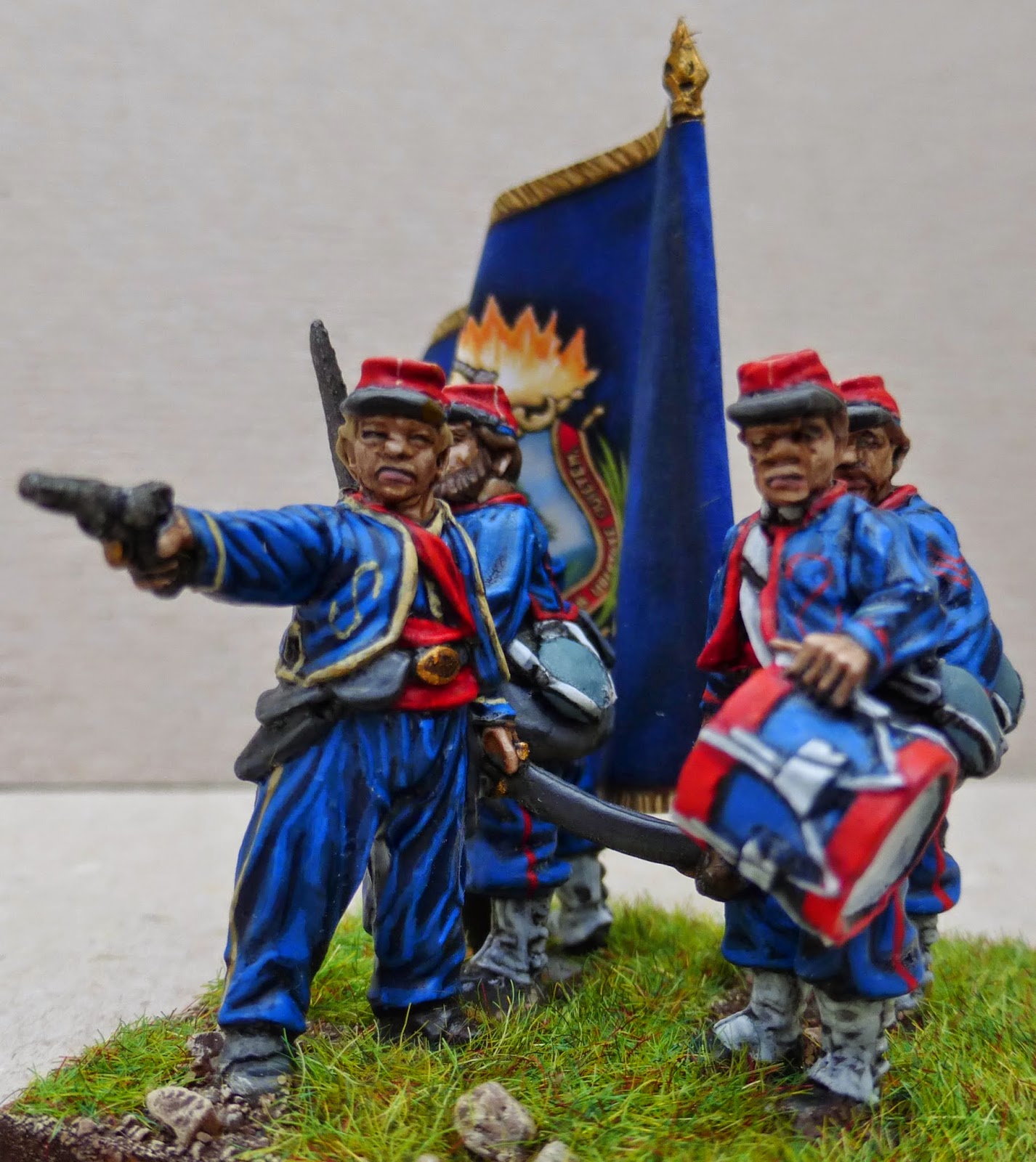 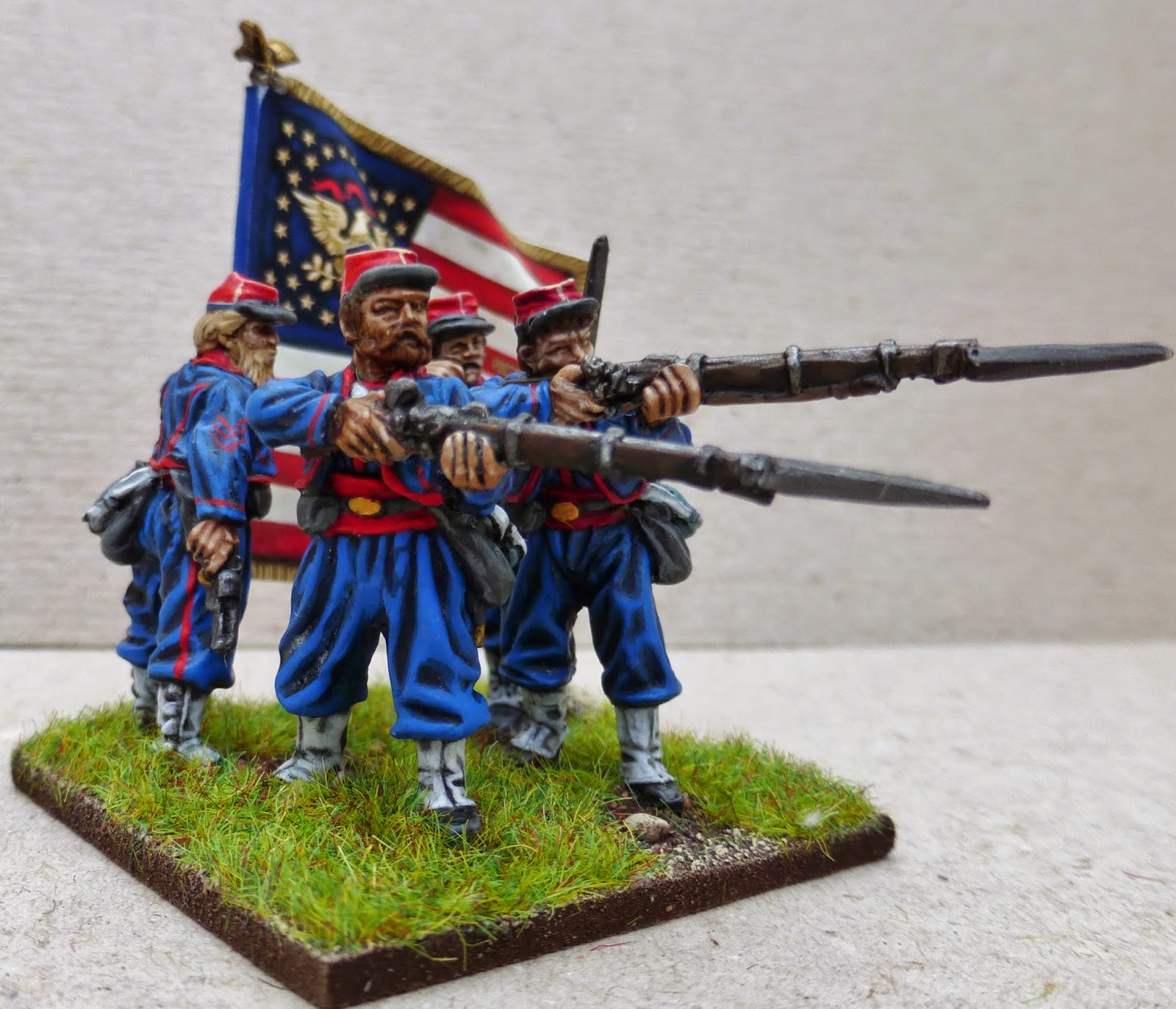 They’re painted in a simplified version of the actual uniform which looked like this: 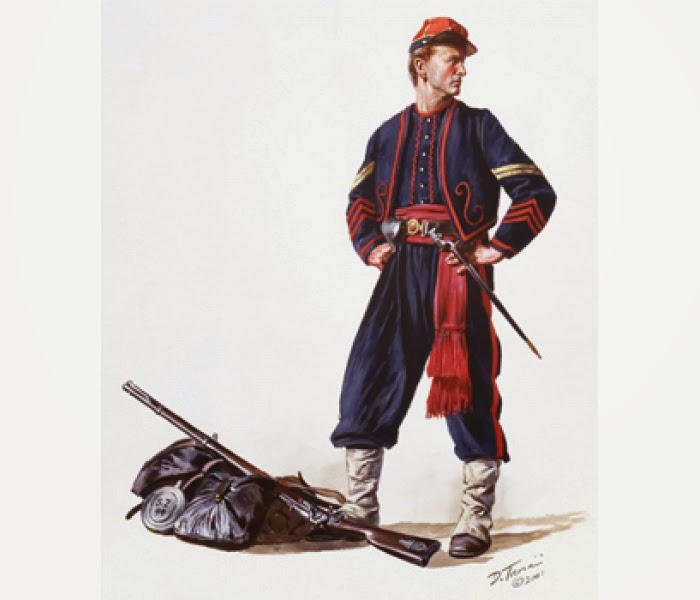 The blue uniforms on the figures looks a little bright, but I'm afraid that's the lighting (I'll get David Bailey onto it) and I realised after I’d based them that I’d painted the NCOs' chevrons in red instead of gold. Bet you couldn’t do that . . . .


Good/bad news is that I got a copy of this last week: 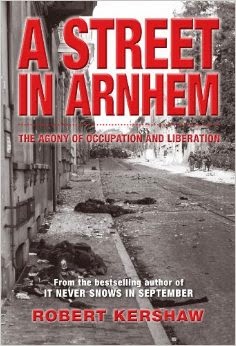 I like Kershaw’s writing, but he’s got a few errors in this, his latest tome, worst of which is that he’s rechristened Maj. General Roy Urquhart Brian Urqhuart! He was only the British commander, so probably not thtat important. Otherwise it’s an interesting read so I’ve adopted an attitude of ‘suspended disbelief’ and ploughed on with it. Recommended? Not unless you’re already familiar with the battle as I think you’ll only get confused, otherwise it’s a worthwhile read as long as you keep on your toes and check out anything that grabs your attention. It’s probably a very good resource for scenario writers, but at sixteen quid (£20 RRP), a bit of a luxury.
- October 18, 2014 4 comments:
Email ThisBlogThis!Share to TwitterShare to FacebookShare to Pinterest
Labels: American Civil War, Operation Market Garden, Salem Zouaves, Second World War
Newer Posts Older Posts Home
Subscribe to: Posts (Atom)