Yes, nice to see you too. Where have I been? Nowhere really, but I've been reading and ruminating and the like. Been cautious about what to get involved with and I've avoided any strenuous physical activity like painting figures and making terrain bits and, God forbid, actually gaming. I can't tell an absolute lie because I have been dabbling with new rule sets, but nothing too dramatic. OK, I do a little painting too, but nothing too demanding.

Over the past year or so, or maybe longer, I've bought a few sets of rules for various periods. Some, I thought were necessary updates for existing sets I own/use and others were spur of the moment buys which have joined the 'Hmmmm' pile which is the collection of rule books you thought were going to lead you to wargaming utopia; those which seemed to offer a new approach; those which seduced you with a properly orchestrated propaganda campaign, those dripping with eye candy; those accompanied by a new range of figures which generated a wave of mass hysteria; those which claim to be updates or new editions, but which aren't really; those new editions which are such a radical change they bear little resemblance to the original; those for historical periods you really want to wargame, but you haven't got the time or money yet; those which you've always coveted, but have no practical way of using: the qualifications for this pile are endless.

Necessary new editions included the brigade level Fire & Fury II which tidied up the original set and provided a replacement for my now tatty old version. These rules have a good few critics, but I've been a fan since I got the original edition years ago and I just like'em. I also bought the new version of Beneath the Lily Banners which is still a good set of rules, but seems to be slipping into the pit of 'more money spinning supplements'. We're covered for King James' Irish Wars, but the really meaty stuff in Europe has to wait for supplements. Well, we'll see.

The big event of the Autumn is the release of Black Powder II, which you don't really need unless you're a big fan and want to follow the thread. I watched Rick Priestly's interview about the new set and he was very honest. He explained what the changes were and how he went about incorporating them into the rules. So, anyone with a modicum of common dog can get stuck in and update their own set, especially as the original PDF was offered free a few weeks ago on the Warlord Games website. Given the pedigree of this outfit, I'm amazed at the open approach and a sales pitch based on the premise that you don't really need them to continue playing and use the supplements. Good on them, I say.

An example of what I think of as the more common approach is the saga of the Konigkrieg rules which were originally a really nice set of rules dating back to the 70's, originally published in the UK by Freikorps and later by Outland Games. Nice, simple, but subtle set of rules which were among the last of the stapled photocopy/printed style. Bags of character, but not too high on the survivability table unless you split them up and bunged the pages in plastic wallets. I'm on my fourth set, the original having gone beyond repair and the two interim copies having disappeared, one after another. However, in the meantime, the rules were bought up by an Australian outfit (the rules are, apparently, popular over there), sexed up with lots of eye candy, puffed out with lots of examples of play (because we're apparently thick), bunged in a posh cover and banged out at a healthy (for them) price. I understand they're now about to publish another revamp which will involve seven or so volumes. Not for me, thanks.

Anyway, as it seems few people can read without pictures too, here're a few: 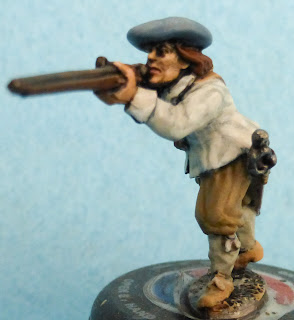 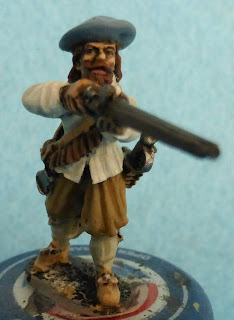 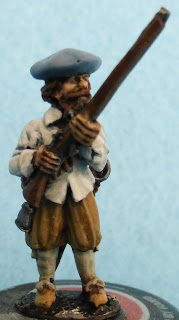