Now, a great number of you will be feeling faint at the thought of me posting something sensible for a change, but I had a couple of conversations over the last few weeks talking about painting flesh. They were prompted by those Woodland Indians I mentioned a short(ish) while ago. While I'm not a master painter, I've found my comfortable method of painting faces and flesh area which I can use to bash out units or take my time and add more character.

I did a post here about washing with oils here, back in March 2012 and, although the principle hasn’t changed much, the materials have. Given that oils washes can take a while to dry and since the advent of decent acrylic inks, I’ve generally, though not always substituted oil for water.

Not being gifted with the best eyesight in the world and also being lazy (probably more this than anything), I’m a great believer in letting the sculptor do the work for you. After all, he/she has a great talent and really does do the lion’s share of the work; we merely do the colouring in. That said, some sculptors aren’t the best and others can be variable, so you do have to apply a bit of effort to make a passable job now and again.

There are many really good painters out there and, first of all, I suggest you scout round and see what they do. It’s all a question of style and you’ll develop your own fairly quickly (if you haven’t already done so). I think the key is to pick what you like best and try to work with the techniques until you find the one you’re happiest with. This will change from time to time and that’s normal, but, if you don’t paint too often, I wouldn’t keep chopping and changing each session. Every technique develops with practice and you will have to put some effort in to developing your own. Don’t expect miracles overnight. (In my case, it’s been a damned long night . . . .)

Right, you’ve not going to become a budding Michael Angelo from reading this, but you should be able to produce passable flesh tones reasonably quickly. There’s nothing earth shattering about anything here, but nobody told me about this sort of thing when I was starting out and I had to pick and choose and practise as new materials became available. Hopefully you won’t have to if you like what you see.

I’m not going to give a blow by blow description of what the ‘right’ look is for flesh and particularly hands and faces. Similarly, I’m not going into great detail in a blog. It’s not the right vehicle for this (and I’m not an artist), but there are a few points to bear in mind:

Colour intensifies on a small surface and colour (and detail) fades with distance. However, wargamers like distinctive looking units on the tabletop. Once you sort out this conundrum you’ll be well on the way to a Nobel prize.

You’ll most often be painting figures of troops who spent the majority of their time outdoors and frequently unwashed so they’re going to look more like Farmer Giles than a catwalk model. 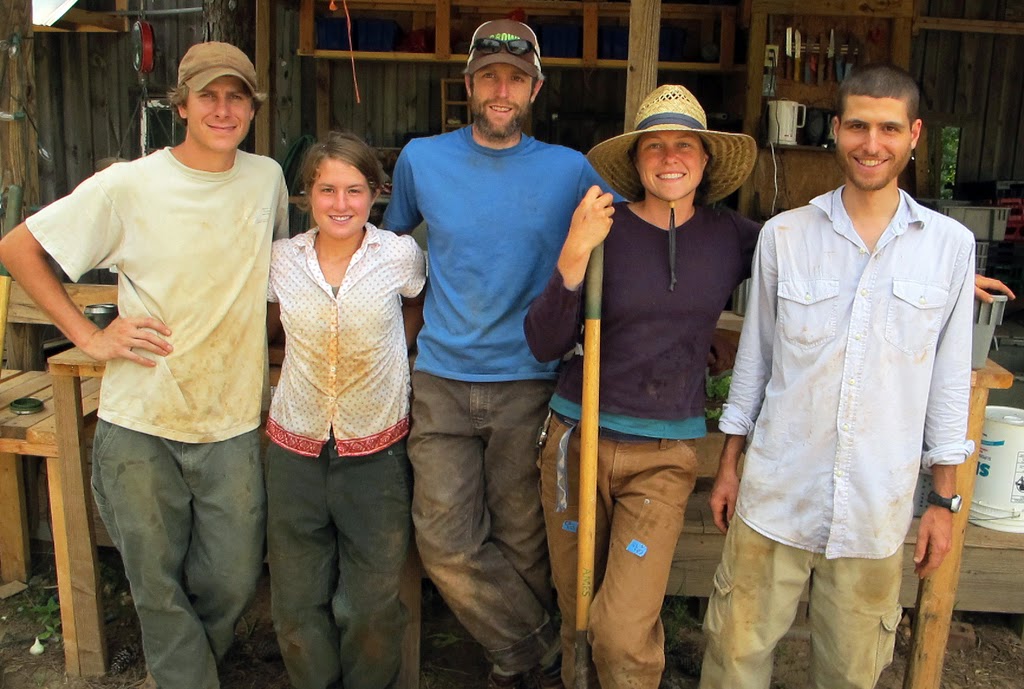 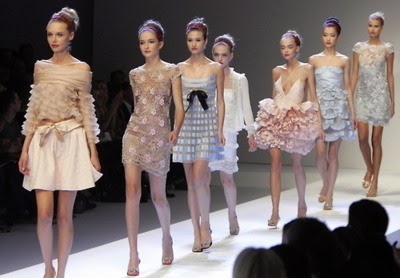 You can’t see people’s eyes in any detail much beyond twelve to fifteen feet, but you can still see their expressions.

‘Seven o’clock shadow’ isn’t that obvious at a distance (see the note on eyes above), so don’t overdo it.

Above all, remember that, even holding a figure up close, we’re looking at a person who would be, say, across the street were if you were stood at your front door. Next time you’re in the naughty seat when your partner is in a shop, kill the time by looking at people and try to remember what you can actually see. Don’t stare though because people can get awfully touchy about that . . . . 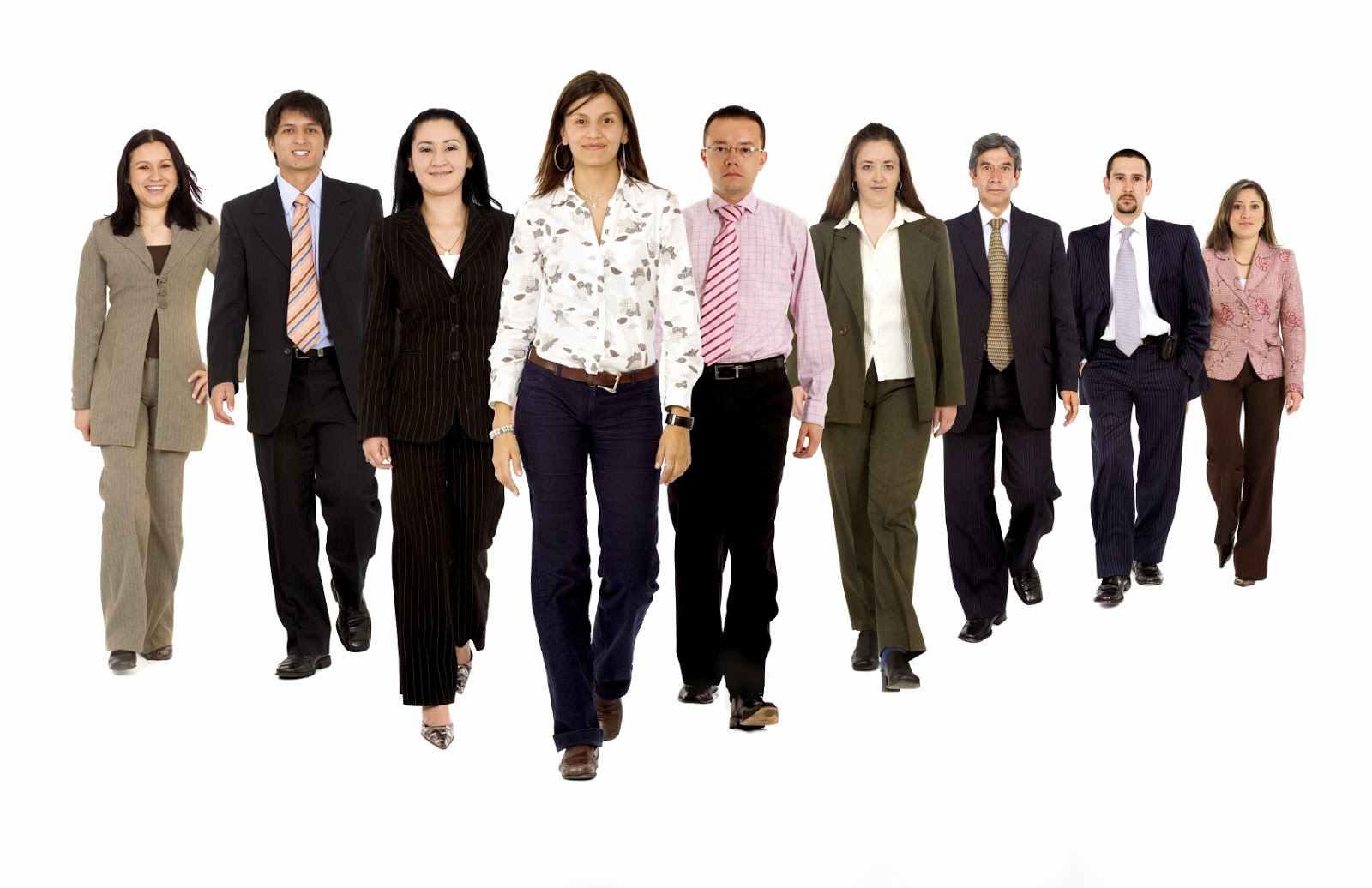 So, I guess the upshot of all this is to develop a general colourway for the bulk of your armies and then work out variations. There’s a great deal of information on the web about skin tones, so just give Google a whirl. Look at this group from some sci-fi film or other - each one different: 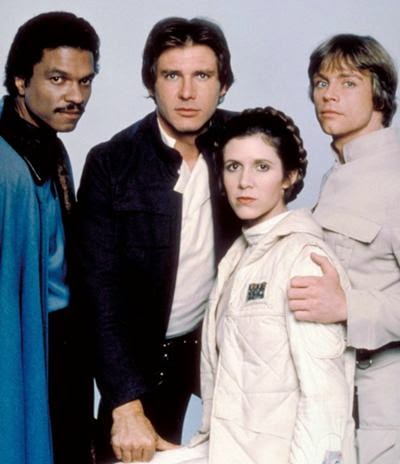 The principle of painting the flesh is quite simple and consists of painting the areas, washing with acrylic ink and then highlighting. You can get as sophisticated as you want and later add rosy cheeks (too much port?) or whatever, but I’m really talking about a general finish for the bulk of your troops. Once you’ve picked or developed your palette, it’s a relatively simple case of painting and washing. You can paint on the base shade and first highlight and then apply a wash or simply paint on the mid tone and then the wash. Once the wash is dry, then you reapply the mid tone which gives a good highlight and, as the sculptor had already done the work for you, it brings out the character of the face.


Sometimes it isn’t necessary to reapply the mid tome to the highlights and other times you need to do this and actually apply a final highlight shade; it usually depends on the sculpt, but it can also depend on taste and what kind of character you want to portray. However, occasionally it’s necessary to paint the whole face with three shades and then apply the wash to get a decent effect, particularly if the sculptor has only managed a ‘Cyberman’ look. The benefit of taking this approach is that the ink wash tones down the variation in highlighting shades and pulls it all together.


The colours I normally use are pretty standard. Reaper Miniatures do several triads of flesh tones, but, although I have a couple, they have their Vallejo or craft paint equivalents. The trick, if there is a trick, is to look at the colour, not the name on the bottle. So, for general purpose European flesh, my base colour is anything akin to Vallejo Cork Brown, the mid tone their Game Colour Bronze Flestone and just  about any beige shade graduating up to, say Game Colour Bone White for highlights before or after the ink wash. Not at all scientific and generally not related to any ‘flesh’ colours.

For all that, the key is in the ink, which gives the overall tone to the finish. I use three types, more because they’re what I’ve accumulated than from any artistic quality.

Games Workshop: have changed the names over the years, but they produce three ‘browns’ of which the two best were once known as ‘Gryphin Sepia’ (which I think is now ‘Seraphym Sepia’ ) and ‘Ogryn flesh’ (which might now be ‘Reikland Fleshshade’)

These can be thinned with water to vary the depth of colour and I usually add a dab of Windsor & Newton Acrylic Flow Improver which breaks surface tension and aids the flow of the ink into recesses. This is really only a commercial version of thinned washing up liquid, but it’s relatively cheap, lasts years and saves messing around.

The benefit of using the inks is that, even using the same paint triad on all the figures, different ink shades can produce variations in flesh tone. While I tend to use the Army Painter Soft Tone ink more than the rest, I often use the others just to give variation.

That’s it more or less. Judicious use of Google will give you plenty of illustrations of bone and muscle structure for faces, hand and other parts of the body so you shouldn’t have to guess where to put the highlights, although with some figures your guess is as good as mine!

I’ve put some photos of figures below to give you some idea of what I’m talking about, but the only real way to get the hang of it is to give it a try. 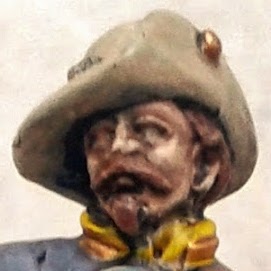 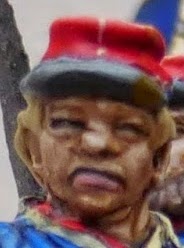 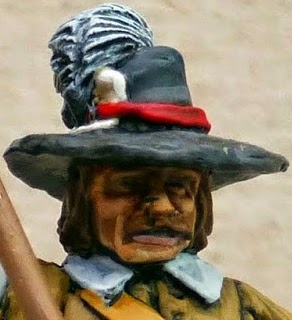 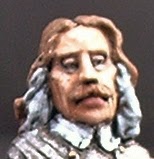 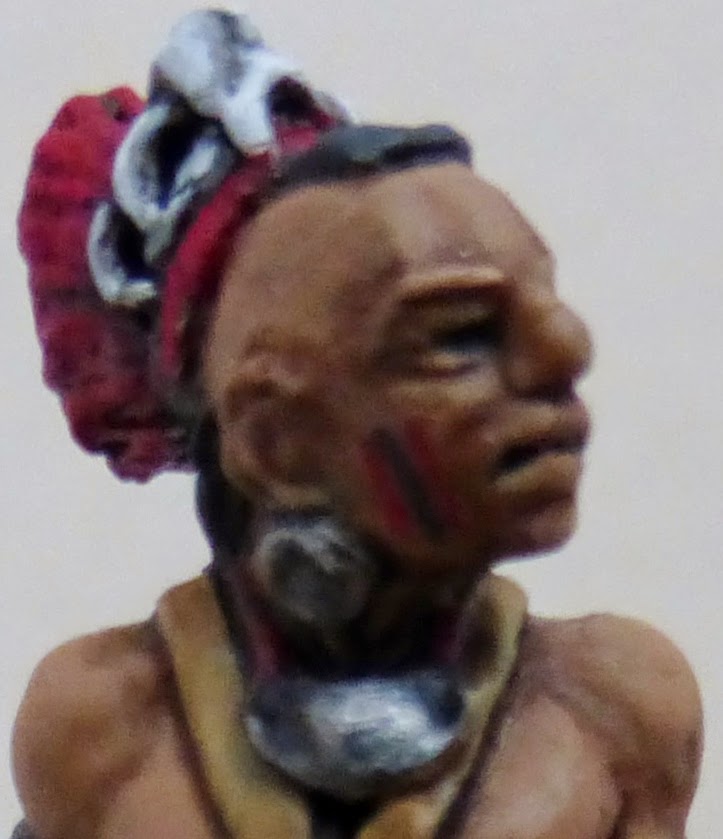 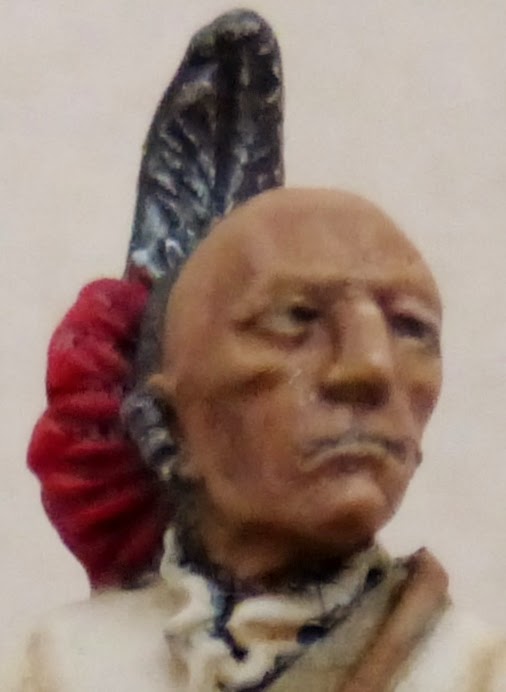 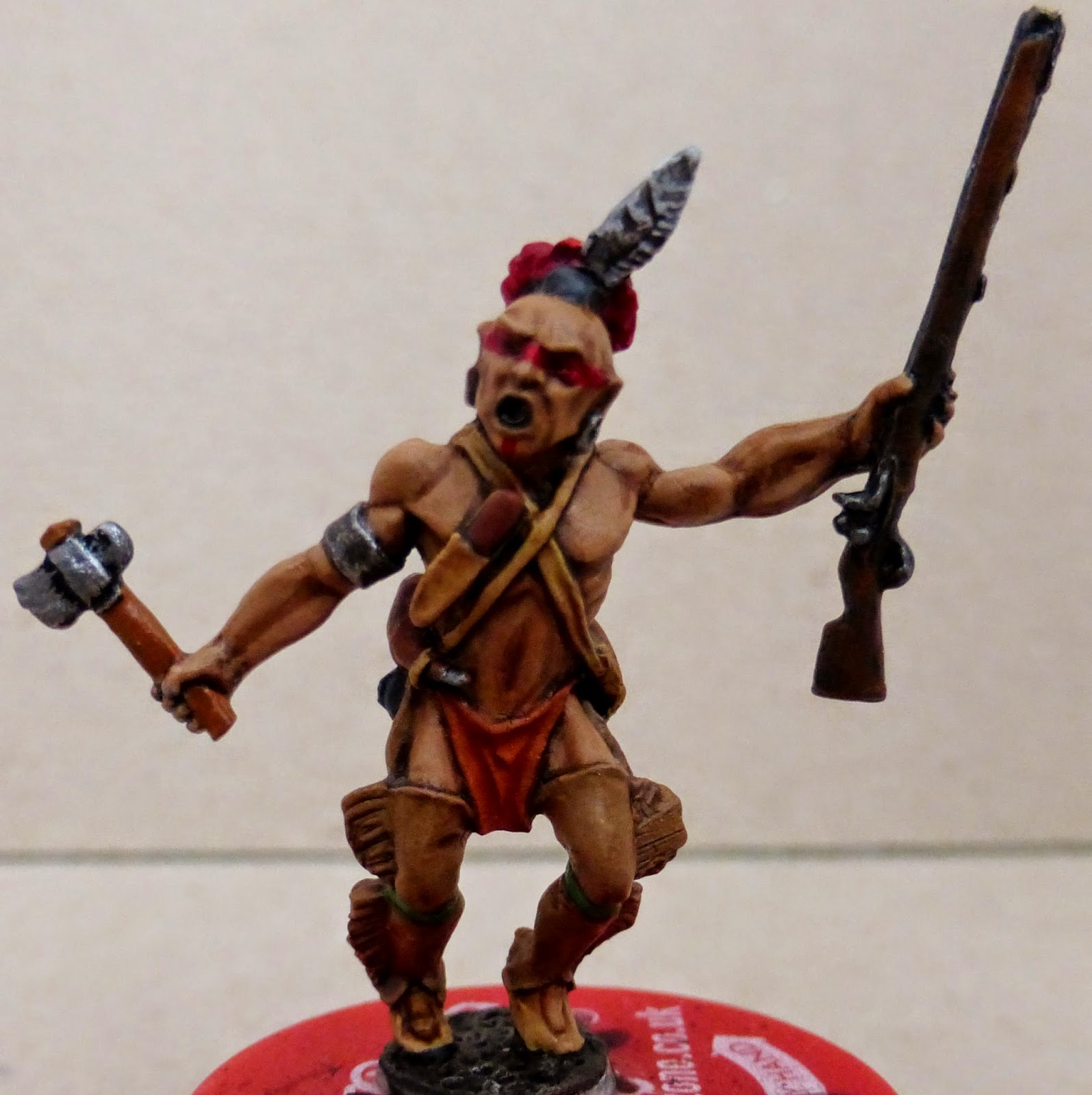 Oh what the hell, let's have another picture of Princess Leia . . . 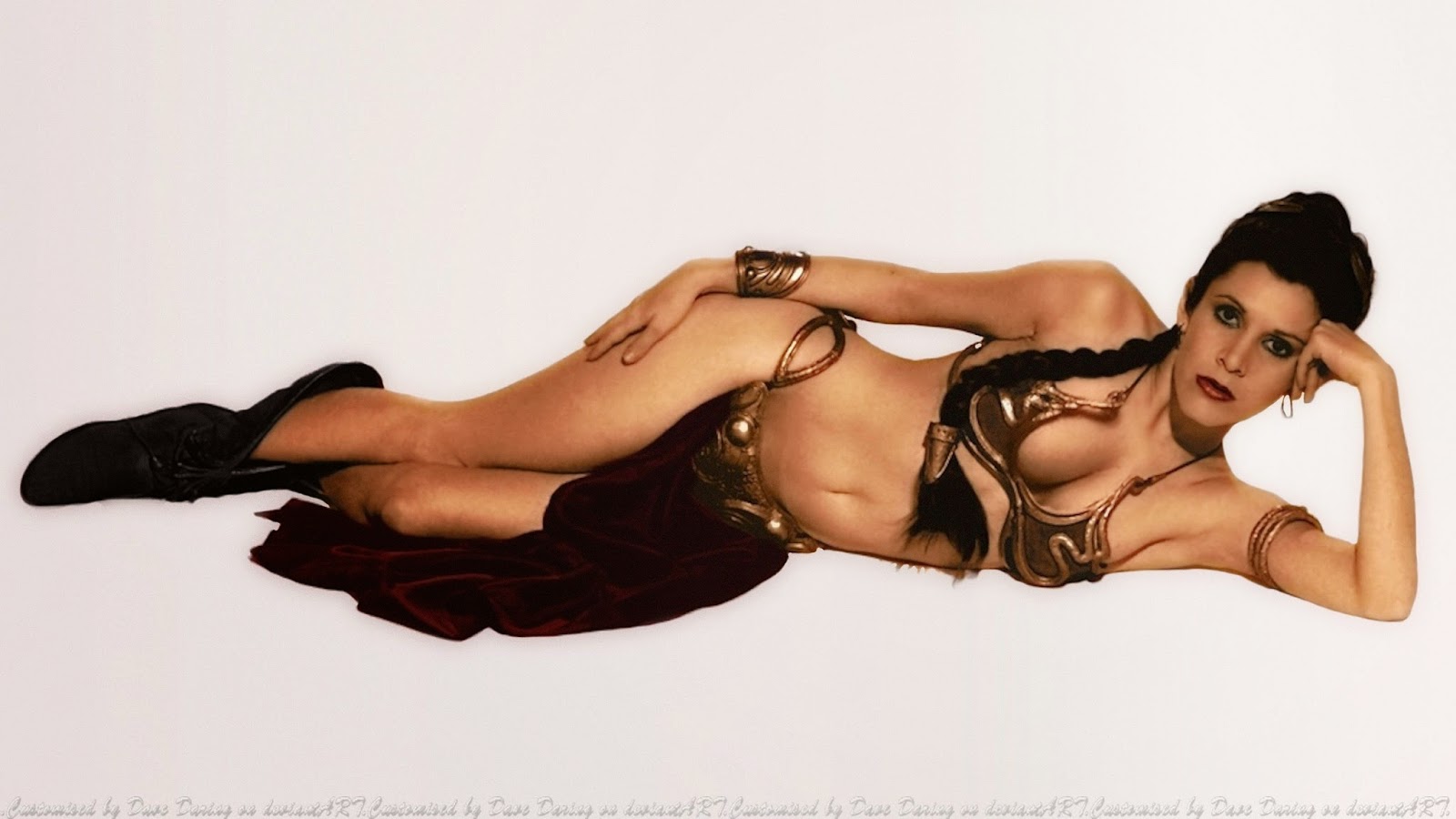