Well, that should be back to basing because that (among other things) is what I've been doing. It's a thankless task as far as I'm concerned, but it's eventually got to be done, but I do it grudgingly, even though the end result is OK and that's good enough for me.

I go for a reasonably simple approach because my units have enough trouble moving where I want them to without the added benefit of acres of undergrowth to distract them. So, I stick to a few tufts and such and tend to avoid floral displays akin to the Chelsea Flower Show. Some gamers are masters at producing attractive and natural looking bases, but I know my limits: glue the buggers down, hide the base edges couple of tufts to show willing, then flock 'em and flock off.

I've included a few photos of those ACW odds that've been knocking around daring me to base them and I'm part way through some ECW foot regiments which are a pig to do because of the cluster of figures on each base. However, onwards and (sort of) upwards as the saying goes. 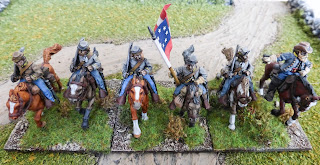 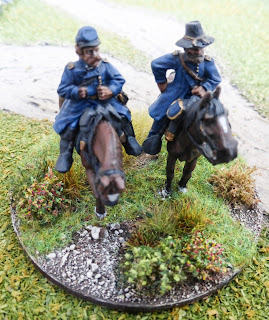 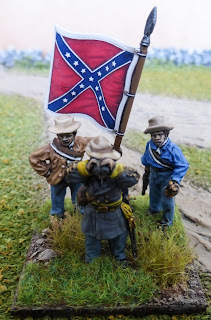 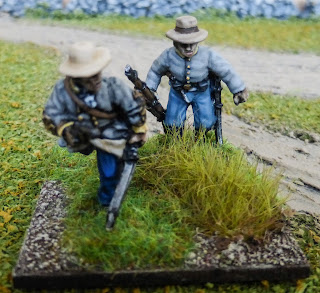 Even I have to admit that it's been a while longer than a couple of days since my promised return, but there's a valid excuse and when I think of it, I'll post it here. Nevertheless, I have acquired a box of the new Warlord plastic Landsknechts thanks to a ten quid money off voucher (of which this damn' laptop managed to lose two over the past couple of months). I hadn't planned to get these yet, but the money saving was a draw. They're almost exactly as expected, having been ogling them on their original site and eyeing the teasers floating round the web. I haven't any complaints, but anyone thinking of getting some ought to bear in mind that the free flags on the propaganda sheet enclosed with them are too small. You can't have landsknechts with teeny weeny flags, for God's sake! 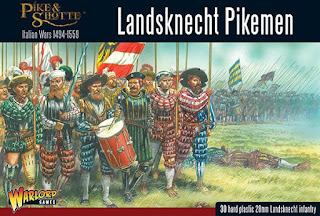 Having grown weary of re-jigging my own Second World War rules, I weakened and bought the new edition of the Battlegroup rules from the Plastic Soldier Company. They're just the job and will easily cope with my multi-figure bases. They look to give a balanced game and can handle either scenarios or points based games (ugh!). There are several supplements, including a Market Garden book which is due shortly, and everything looks reasonably priced even by today's standards. The rules include two QRF sheets and data cards, all of which have been sensibly bound with perforated edged by the spine of the book for easy removal. All in all, I'm pretty pleased, though there's an urge to start buying AB 20mm figures . . . . 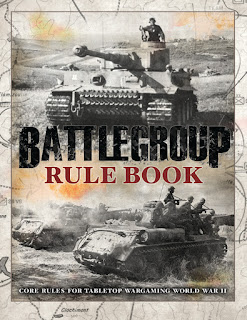