Is there anybody out there?

Been a week or two since I last tickled the ivories, due mainly to a stint of DIY and feeling guilty enough to do good works. Nevertheless, th'house moves ahead and we're we're on the home straight (gerrit?). Tony the Kitchen man (or it might have been his mate Dave) was a bit taken aback when he asked what we're going to do once we're got everything tickety boo and Chris , in an off handed way, said “We're going to die.” She's a dry one, that girl. Probably comes from too long working in mental health . . . .

Anyway, a bonus for little old me for all the piggin' around with plaster and paint is I've finally got a man cave. Nothing too ostentatious, but quite comfortable with enough room for most of my kit and room for a modest 6'x4' table. It'll no doubt evolve because there's a proviso that larger games will need to be in the garage which also houses the scenic stuff and the lead mountain. Still, better than I've ever had and I bet it would be a boon to the majority of gamers.


Young Henry has declared a limit on access: him, me, his Dad and Uncle Chris and absolutely no girls, except for Nana and Mum and maybe his mate Talula (!). I'm working on that one, but he's not six yet, so I think I've got time.

Tickled up some Confederate cavalry who've been skulking in the painting queue for a while and, after some experimentation, come down in favour of Black Powder for the rule set of choice for the 28mm units. That's for now and may change to Mr Lncoln's War – I'm like that. The 15mm armies will continue to scrap to Fire & Fury because I'm quite happy with them. 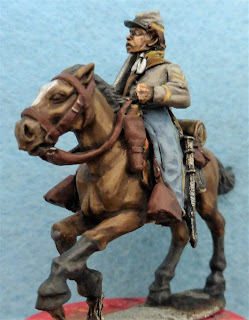 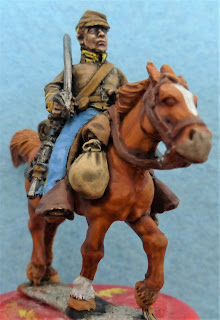 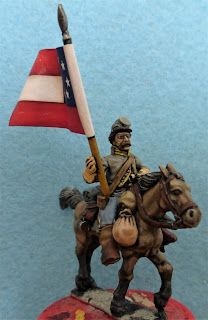 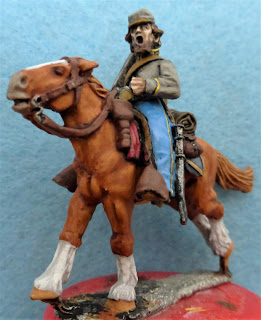 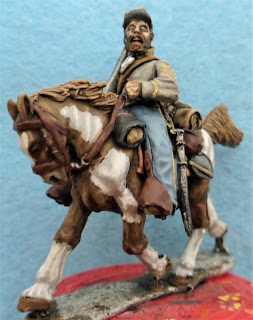 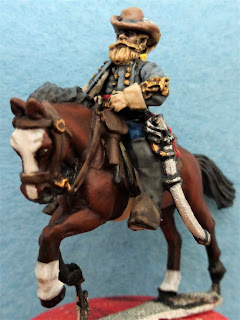 I'm still clearing up the ECW backlog (apparently, “The War of the Four Nations” nowadays). I'm going at a leisurely rate and I'm concentrating on the King's troops first, basing the core of the force on foot regiments recruited in North East England (cos I like it up there and it's got some good units), Cheshire (Chris' home county) and Lancashire (my home county). Alright, I know this means I have to include the Early of Derby's regiment and he was something of an oxygen thief, but anyone brought up in this neck of the woods will be familiar with the name (and a few others).

The good news is that Warfare Miniatures have confessed to the imminent release of some ECW?Thirty Years' War cavalry over the next couple of months, so that can't be bad. I'm a bit bored with the Perry range (lack of variety) and the Bicorne figures, although including some nice sets, are too big for my tastes (until proven otherwise). That leaves the fairly modest TAG range which are expensive, although their new subscription scheme looks like it will reduce costs.

So, there you go. I shan't leave it so long next time and, to be honest, given Brexit, Trump, a regional mayor not that may people want and a general election which is turning into a Brian Rix production, wargaming is a blessed escape. I'll be back – one day.

(Title is a track from Pink Floyd's 'The Wall' album, if anybody's interested . . . . anyone spot another reference?)
- May 27, 2017
Email ThisBlogThis!Share to TwitterShare to FacebookShare to Pinterest
Labels: American Civil War, English Civil War