Living the life of a gentleman of leisure (I wish!), the sudden realisation that weeks have slipped by unnoticed is an amazing experience, albeit far too common in my case. I haven’t been idle though, even on the wargames front, though books have been a major distraction. I don't have a friendly local bookshop (and likely soon won't have a friendly local library either!) so I can only spend my readies at Waterstones or such places as Amazon or The Book Depository, all of which are soulless and give me an uncomfortable impression of a dystopian existence, though maybe without the squalor and overcrowding. So, enter a certain Edwin King, Le Grand Fromage of Diplomatist Books. 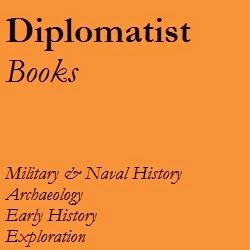 Diplomatist Books is an online book dealership with a very attractive list of available titles but, as Edwin is also the author of the 'Thoughts of a Depressive Diplomatist' blog, it’s not just your typical online bookseller. The blog itself is certainly worth reading (this is a genuine plug) and the bookshop site is well worth a visit. Don’t go straight away though cos I’ve got my eye on a couple of things and I needs me spends first.


Anyway, to the point. Most (though probably not all) Napoleonic fans will be familiar with John Gill’s trilogy on the 1809 Danube campaign: three hefty volumes which are packed with information yet surprisingly easy to read; not in the J.K. Rowling or Philip Pullman sense, but you get my drift. I’m a proud owner of the set, but I missed another of his books, ‘With Eagles to Glory’, which deals with Napoleon’s German allies (forced or otherwise) in said campaign. 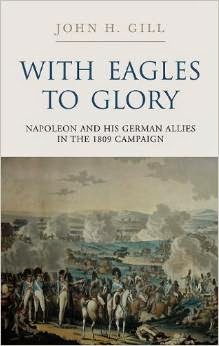 Naturally enough, although it’s not hard to get hold of, I thought it was an item to covet but not essential, so whenever I spotted it I remembered I hadn’t got it yet. And lo, it appeared at Diplomatist Books! Quick as a flash, I nabbed it, which brings me to another point about Mr King.


Since Christmas, I’ve bought a couple or four, or maybe five (you know how it goes), books via the net and I’ve been pretty unimpressed with the packaging and, in two cases, the resulting condition of the books when they arrived. Contrast this with ‘DB’: I’ve had a couple or three books, all of which have arrived in excellent condition. They weren’t packed in armour plate, but they were packed sensibly, which seems to be beyond the ken of some booksellers.


So, there, in a typically long winded way, you go. A good source of books with a list of titles you don’t see everywhere. I’m probably cutting my own throat by drawing attention to Edwin’s bookshop, but I do think it’s worth a mention – that’s the kind of nice guy I am (honest!)
- February 15, 2015
Email ThisBlogThis!Share to TwitterShare to FacebookShare to Pinterest
Labels: Books, Bookshops