No bananas for three days!!!!


(Note to readers:
This is your Christmas message from the Politburo.
This post has no pictures of toy soldiers and only a tenuous link to wargaming. Those who are unable to read more than a short paragraph without illustrations should repair to their nearest book shop where 2014 Beano Annuals are available. 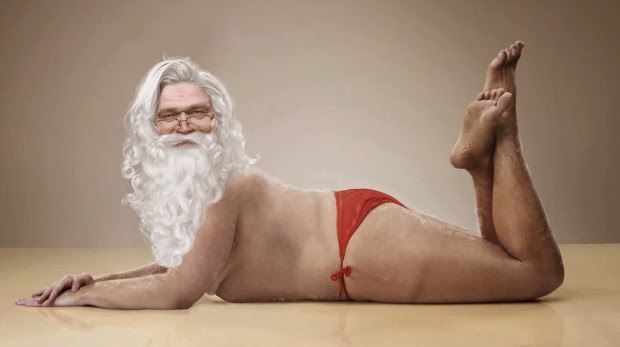 Yes, it’s that time of year again when the Christian world goes into hyper-drive and insanity rises to nuclear levels. We’ve gone through the American virus known as ‘Black Friday’ with only an occasional dent to national pride and now it’s time for the Christmas hysteria “Peace on earth and get to the back of the effin’ queue!”

At half past seven this morning, I was in Sainsbury’s on the hunt for sausage meat (none to be had in Tesco’s yesterday) and some other stuff, including bananas. Nery a bent yellow thing to be seen. Egad, none are expected until (maybe) Saturday. What will we do?  You can’t get Bailey’s miniatures either! That means we’ll have nothing to forget about until next Christmas when we remember them, but they’ve gone off.

Never mind. Pull up a comfy chair; we’ll sit by the fireside and I’ll tell you a bit of a Christmas story. Each year we get a food parcel from the elder of Chris’ brothers. It was usually cleverly disguised as a hamper in a wicker basket, but we couldn’t decide whether he was showing off or taking the Michael. Full of inedible goodies from Fortnum & Mason and other impressive emporia, much of which ended up in the bin – we couldn’t even give it away! After a short exchange earlier last year, we’ve now been demoted to an assortment of comestibles from Morrisons and Aldi and the wicker basket has been relegated to a cardboard box. Much of it is still given away though: I’ve just given a large tin of dry roasted peanuts to the lads at the tip towards the secret Christmas party they have after closing on Christmas Eve. But for a small selection, the rest is off to the food bank shortly.

The presents as such have gone down in value and usefulness too. The usual champagne was a bottle or Prosecco this year and we’ve been given a sort of metal and glass miniature fish tank thingy with tea lights in it. We’re going to have a ‘Guess what it’s used for’ game after Christmas dinner tomorrow. (This clown has money to burn.)


In contrast, Chris’ younger brother is the exact opposite in just about every way. His is the birthday and Christmas card everybody looks for and smiles about and his presents are highly valued because they’re always something people want and have taken him time and money to get, neither of which he has a lot of.

I’m sure Charles Dickens would be familiar with this . . . .

Anyway, yesterday, while Chris was busy making the things Chris makes at this time of year, safely ensconced in the kitchen with carols and Christmas music blaring out, I passed the time in reverie rather than painting leads as I should have been. During this time of intense industry I knocked up a parody of a song from that hellish film ‘The Sound of Muzak’, the almost-but-not-quite story of the Shutyer Trapp Family Singers which spawned such classics as ‘Idleswine’, Do-Ray-Mears’ and ‘I Am Legal, Going on Seventeen’.  It’s the song ‘My Favourite Things’ sung by the eternal virgin Julie Andrews to a bunch of squeaky clean kitsch brats, but twisted out of shape for us wargamers. 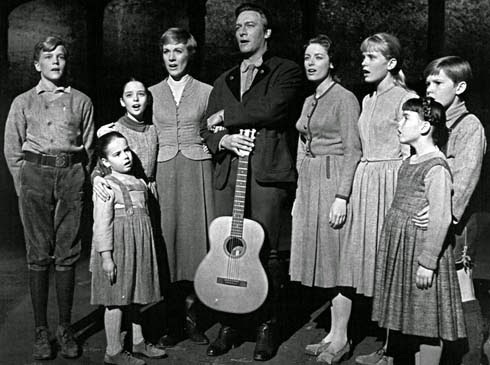 Rules which are complex or simply a riddle,


Tables so big that you can’t reach to the middle,


These aren’t a few of my favourite things.


But cavalry batteries, hussars and grenzers,


These are a few of my favourite things.


When the charge fails,


When the dice are bad,


I simply remember my favourite things,


And then I don’t feel so sad.