The comments on the previous post about the Fire Zouaves has prompted me to post a picture (nicked from some website or other) of the uniform in question. By the way, the jacket was supposed to be the same shade of blue/grey as the trousers: 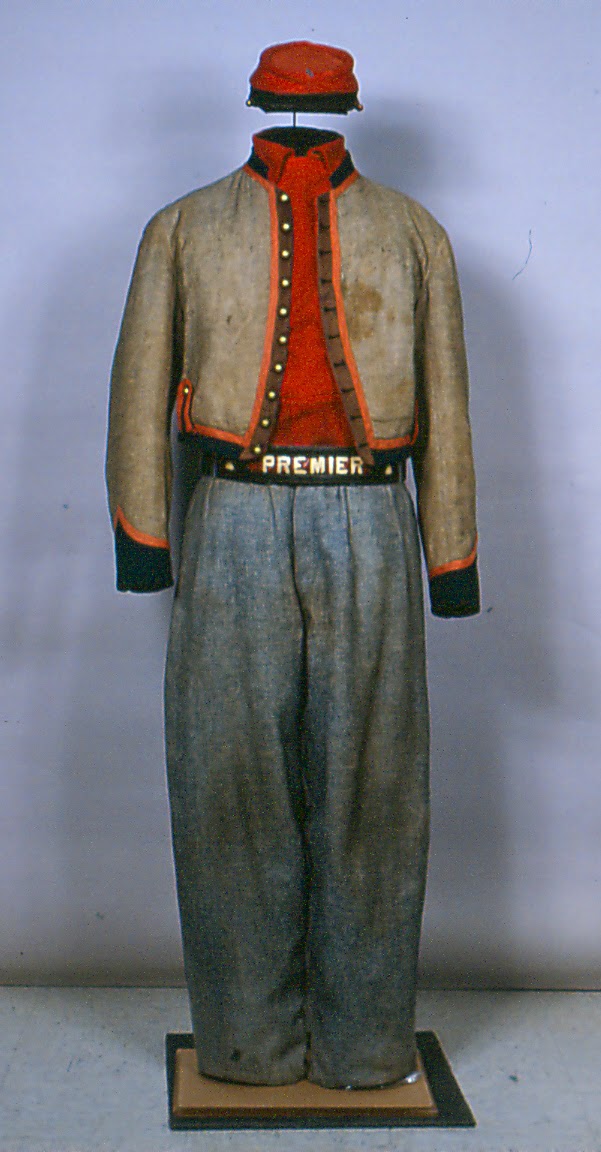 This is known as the 'First Uniform' which, though dapper, fell apart after a very short time and was replaced with the Garibaldini look-alike kit so beloved of every sculptor this side of Nagasaki. Fair enough, the regiment never actually wore their first uniform in the field (the second uniform was issued just prior to 1st Manassas/Bull Run), but it is more interesting, I think.

There is a wealth of Zouave uniforms with minor variations to them, and it'd be great if they could be sculpted. I suppose the only realistic way would be to adopt the system used by Redoubt with three part figures (legs, upper body and head) and sculpt, say, 'chasseur' and 'zouave' legs with a variety of upper bodies and heads. That way you could have just about any zouave unit represented and, with a little bit more work, even extend the scheme to include units from C19th Europe.
- May 04, 2014
Email ThisBlogThis!Share to TwitterShare to FacebookShare to Pinterest
Labels: American Civil War