“Outside of a dog, a book is man's best friend. Inside of a dog it's too dark to read.” ― Groucho Marx

There's a disturbing amount of literature flying round these blogs of late so I thought I'd better give a bit of a run down on what's afoot chez nous on that front too just to show I can read. In fairness though, it could just be a case of tsundoku or a cover up for not doing any painting etc.


I've accumulated several books lately for a variety of reasons (does anyone need a reason to buy a book?) and even I think there are some excellent volumes among them. That week in Venice rekindled ('scuse the pun) my long standing desire to get started in the C15/C16 Italian wars. I'm interested in both the 'main periods' so I like the Condottieri as much as I like the Landsknechts and the period before the Valois/Habsburg fracas and the Great Italian Wars.


I already had Mallett's 'Mercenaries and their Masters' 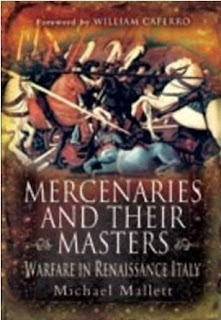 (got it in '74 – that's what I call a slow burn!). An excellent introduction to the Condottieri and the state militias. It covers all aspects of their warfare from the origins and organisation to actual engagements as well as the working of the condotta system. Very good book. I've also got a couple of ospreys which do an adequate job: and the mandatory WRG Medieval armies books. However, not all the story and so I bought: 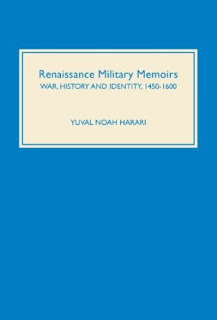 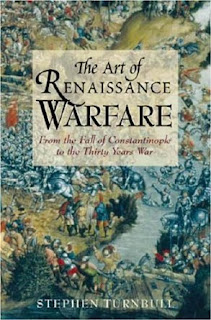 The 'Military Memoires' is an academic text and examines the mind set of the Renaissance soldier; his drivers, attitudes to war and society and the like. If I'm going to cobble together a set of rules for this project, then I need to have some idea what made the men tick rather than just a mechanical representation of formations and tactics. You need a good idea of the men's reactions and attitudes: the why as well as the how.


The other two books pretty much speak for themselves. Turnbull is a long time favourite of mine and I have a couple of his samurai works. Mallett again (as well as Chistine Shaw) is an expansion of his previous book into the later period.


So, that's the 'Italian Job' on the way, but, being a bit of a grasshopper, I've got far too many interests for any sane person. I've also acquired: 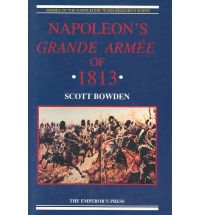 which has been on the 'get it if I see it cheap' list for years. Spotted a second hand copy for £22 which is in excellent condition. The only down side to this book is that it only covers the French armies yet the Allied armies are at least as interesting. Still, that's for another day. Again an excellent book with enough detail to keep even the most pedantic Napoleonic gamer happy for years.


The penultimate book was a gift from Chris (my wife) because she thinks I'm worth it. I'm hopefully worth more than sixteen quid, but you get the idea.

Being an ex matelot, it's understandable that I'd have at least a passing interest in naval warfare and I saw BBC's 'Meet the Author' a week or so ago when they were discussing this tome. I hadn't heard of Ben Wilson before, but he gave an interesting interview and I made the rash statement that I'd like to read his book. Chris leaps on this sort of thing because I'm notoriously difficult to buy for come those awful (to me) festive periods where people insist on buying me things I don't need. It's a combination of a childhood where times were often tight and my time in the navy where your world revolved around what you could fit in a small locker and could be carried in your kit bag. Obviously doesn't apply to books though!


And so to the final acquisition which I hadn't planned to buy, but it was for a very good cause and (as it turns out) well worth the investment. In support of the 'Bloggers for Charity' scheme (What do you mean you've never heard of it? Look to the upper right you klutz!) Edwin King - who has also had a present from his wife - is selling a few (now only a couple or so left) of: 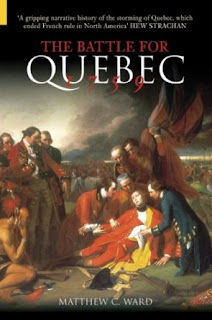 for a mere £5! You can order it from here. It's certainly one of the best military histories I've read and you'd be mad to miss out on it. It not only gives an account of the battle, but a complete back story to the whole campaign and plenty of information on the armies and their 'tails' as well as the militias and the environment. This book has already been promoted on a couple of blogs so there will only be a couple of copies left, after which you'll have to resort to Amazon (and pay more than twice the price). Get it or be sectioned!


So, enough of books for now. I've also been pursuing the clear the desk exercise and knocked out a few ACW bits so I'll post about them when I've done a modicum of basing.