Well, no excuses this time. I've just been doing things (including painting leads), but never got round to posting on the blog. I'm reasonably certain nobody has lost any sleep over that, but I thought I ought to make the effort while I've got a bit of time.

One of the side effects of having too many projects on the go or lying fallow (abandoned) is the accumulation of peripheral stuff intended to support the lead (as in base metal) element. Bases are a curse, but I'm pretty standardised on those so there's little waste, if any, but I always accumulate flags. This is a hang up which harks back to the years when information on such things was scanty and Knotel was just a rumour. As this arcane knowledge began to become more freely available, flags were hand drawn on various types of paper and, later, cleaned up toothpaste and tomato puree tubes, but what a pain! A milestone in my wargaming journey (cos everything's a journey these days) was the availability of printed flags, originally the print your own variety from Warflag and then the real deal from a variety of people. Now, there's the rub. I'm pretty catholic in my approach to flags, but I've never used those by the Flag Dude because, even though they're popular, they still look like crinkled crisp packets to me, so I've always opted for the sheets rather than the finished product.

I'm not going to go into a 'how I do my flags' thing because anyone can glue a paper flag to a piece of wire, but I think I ought to give you a glimpse of some of the stuff currently available. It's certainly not an exhaustive list, but it's a reasonable cross section of what's out there. I've tried to keep the comments pretty basic and let the photographs speak for themselves. One thing I have borne in mind though is the view of a friend of mine in the States. I always tended not to be too critical of peoples' efforts because they'd put hard work and effort into their products and it seemed unfair to hammer them. Conversely, Jim's approach is based on the principle that these are also the people who want to relieve you of your readies and nobody's in the charity business. Fair enough, but style and aesthetics also play an important part and one man's meat etc . . . .

One piece of advice is to learn about your flags. Uniform information can be confusing enough and even these days not all of it is readily available. However, flag information is sometimes almost non existent and it may be the case that you have to take the manufacturer's description on trust. However, it does pay to read up as much as you can about the relevant flags to give you some flexibility in ordering and also to help you make a choice as to which units you want to build. For example, many of the French units which fought in the War of the Spanish Succession carried the same pattern colours until the French Revolution so, although a particular flag may not be listed under the War of the Spanish Succession, it might well be listed under the Seven Years' War or even the America War of Independence.

So, I've listed the companies in the order they came up as I leafed through the flag sheets I had. The comments are generally favourable, but one outfit does take a bit of a nose dive.

Size: take these as the standard for 28mm figures.

Service: Very good – they have to come from Spain! (Update: latest order was placed in the evening of Saturday 9th March and received this morning, Thursday 14th March. If only I could paint the figures that quickly!) 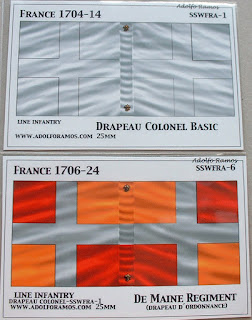 Style: textured or plain. Personally not over keen on the textured , but the plain flags are excellent.

Size: come in a variety of sizes from 6mm upwards, but they can be resized upon request. I've had all my 15mm flags resized for a better match with my 18mm AB Napoleonics.

Quality: crisp and clear prints. I order the plain style to allow me to paint in the shading and blend in with the figures with a matching style. Available on good quality paper or fabric.

Service: very good and with good communications. Aside from the resizing, they will also produce flags based on your own research.

Choice: huge! Also produces a range of of transfers/decals of Napoleonic uniform details. 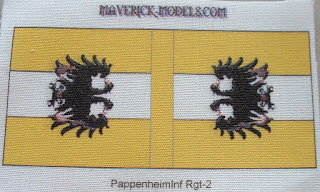 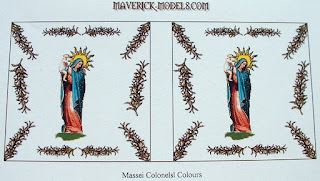 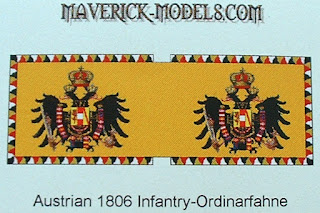 Note: the Austrian flag is from the 15mm range!

Choice: fair at present with a useful range or periods and broad cover. Also produces a range of of transfers/decals of Medieval, Napoleonic and AWI uniform details. 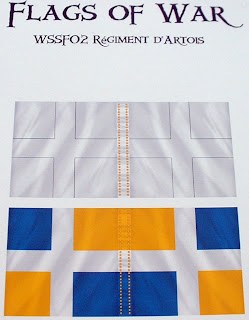 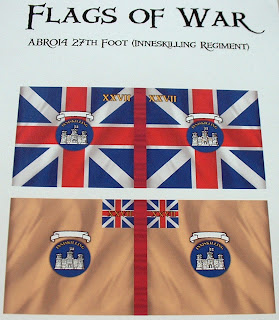 Choice: good, although smaller choice in 15mm ranges. However, they also produce themed collections such as particular ACW and Napoleonic brigades/divisions 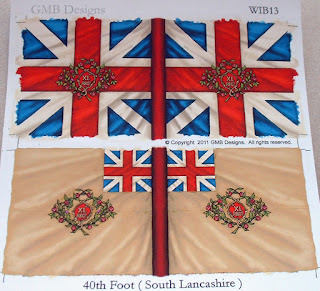 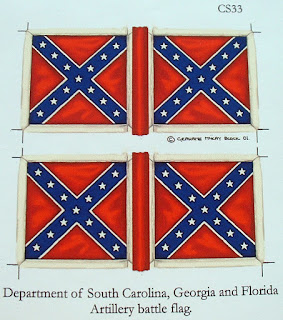 Service: poor – delivery takes and age. Website does advise that delivery can take up to a month and they seem to stick to this. The flags I ordered took over three weeks to arrive.

Choice: probably average. Generally support the Redoubt figure ranges, but do contain some unusual/useful units not originally available from the other companies. 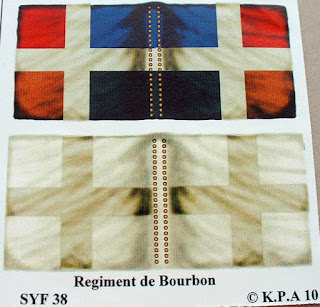 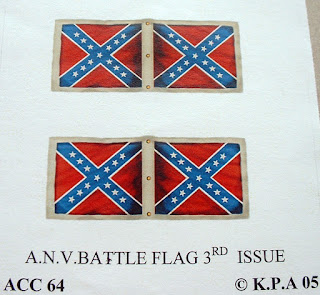