So, on the face of it, nothing to do all day but laze a round and keep busy doing nothing. This is propaganda put about by employers who want to reduce headcount. I've been so busy I wonder how I had the time to go to work!
Anyway, turns out Crouchie didn't want the mercs after all as they were for a long ago project (no reflection on my memory or the time it take me to get around to doing things!). So, his loss is my gain, so to speak. In fact I have no plans to use them for the foreseeable future, so they'll languish in a box in the loft with other stalled and almost forgotten projects. Next (in about an hour or so) I'm under instructions from Gray to get my 15 mil Napoleonics finished. It's like being at bloody work!
In the meantime, here's a selection of the mercs - not the best, just the ones least badly photographed. The 'uniforms are taken from photos on the web, along with information from a 'Mad' Mike Hoare book (bit 'Boys Own' really and no lack of ego). They're Mongrel Miniatures and, to be truthful, not very well cast. Several have deep undercuts filled and the mould's slipped in a few cases. I'd give 'em a wide berth to be honest.  :O( 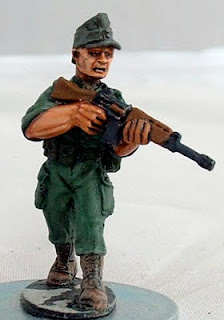 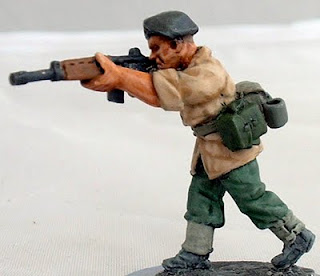 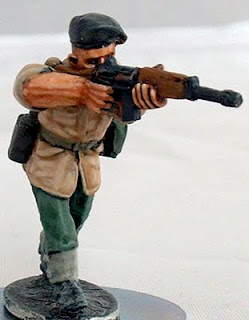 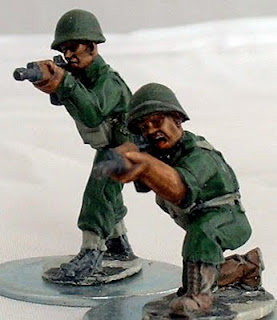 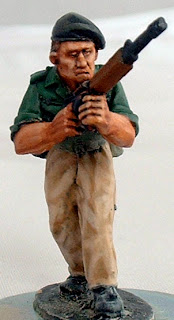 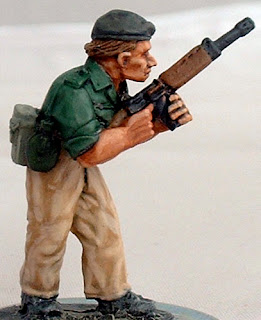 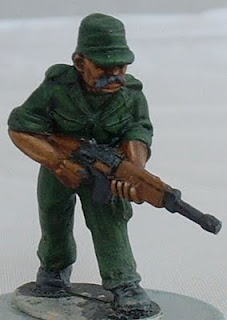 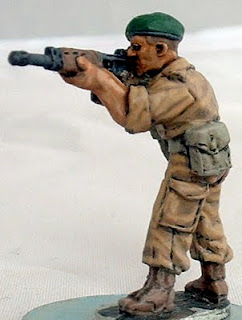 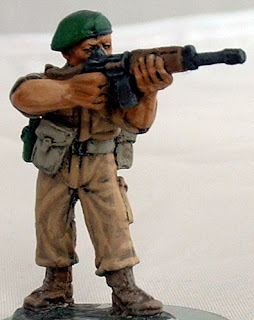 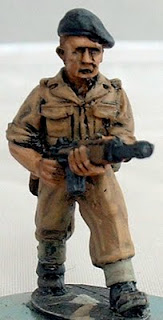 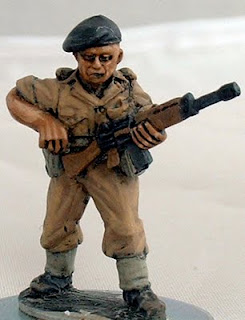 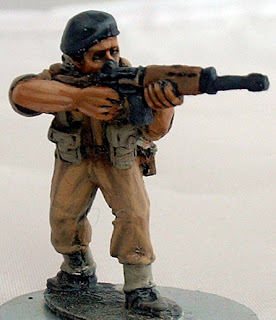 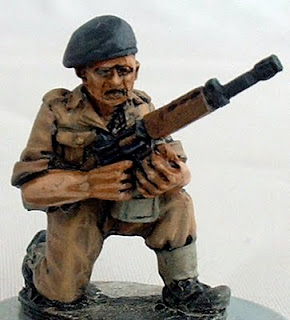