How about that then?

Changed me blog background and layout cos I can't resist messin' around when offered the temptation. anyway, there you go.
What's been happening to keep me away for so long (again!)? Not much really, but there's always something to keep me occupied - unfortunately it's not painting leads. been busy at work getting to out guess Fat Eric and predict his next mad cap scheme. Too much street furniture now, PFI's are a waste of time despite them being a Thatcherite idea and 'A" levels have gotten easier again - don't know how they work this one out, but the kids seem to do a hell of a lot more work than we did and the course contend doesn't look any less,. Not much going right for old Blighty at the moment, but I'm sure we'll soldier on.
Some scrotes nicked the copper sheeting off the roof of our local church a couple of weeks ago. What is it with people? Shame they didn't fall off and break their necks. Now it'll cost the parish a fortune to replace it as the good old CofE appear to be contributing the absolute minimum, despite having arranged ineffective insurance for the place.
Ah well, on with the piccies. I'm too lazy to label them all, but they're ACW types anyway, just by way of a change, as they say (who are "they"?). Mostly Foundry and Redoubt with a couple of Perry figures in there too. I've knocked off another battery so I'll add that when I've got round to actually basing it. More infantry on the way with a few cavalry (probably).  Anyway, Here we go . . . 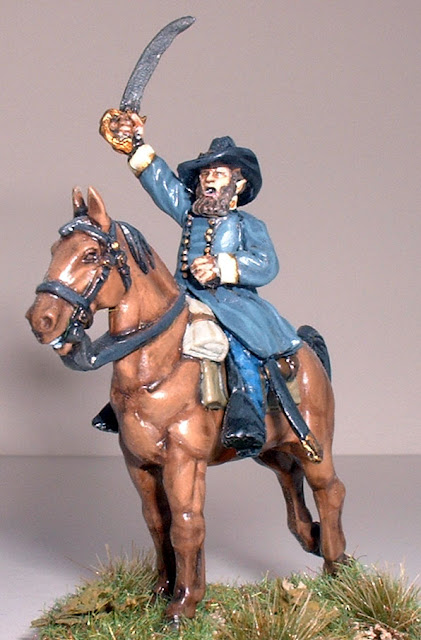 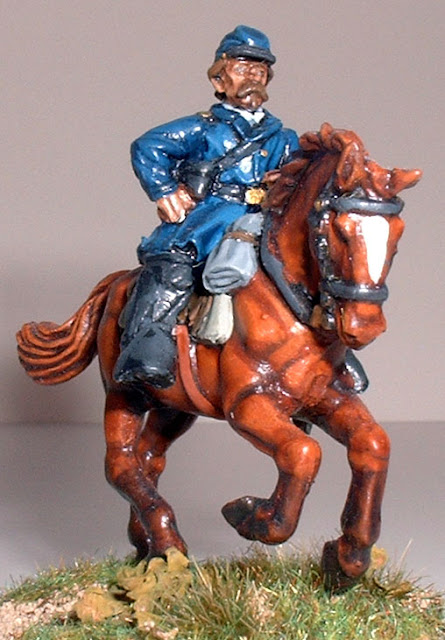 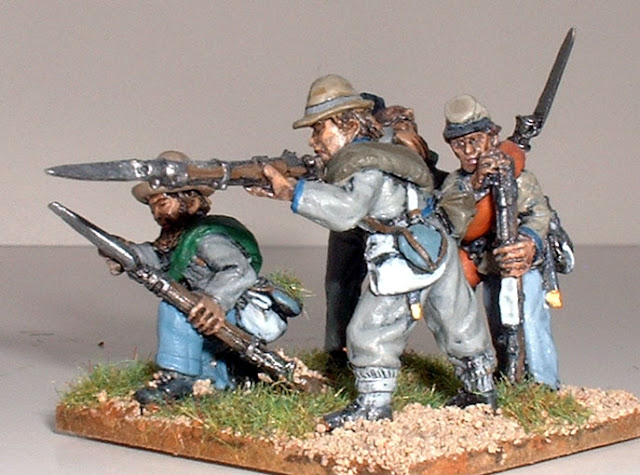 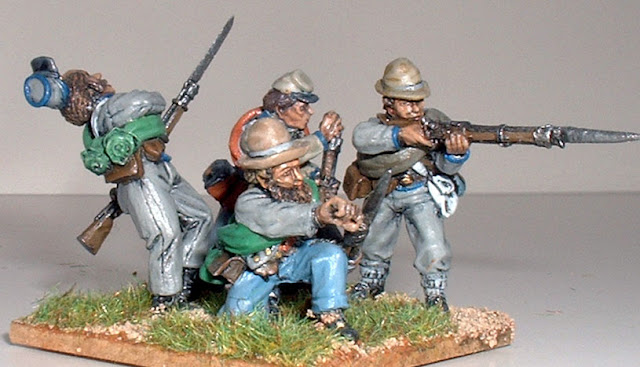 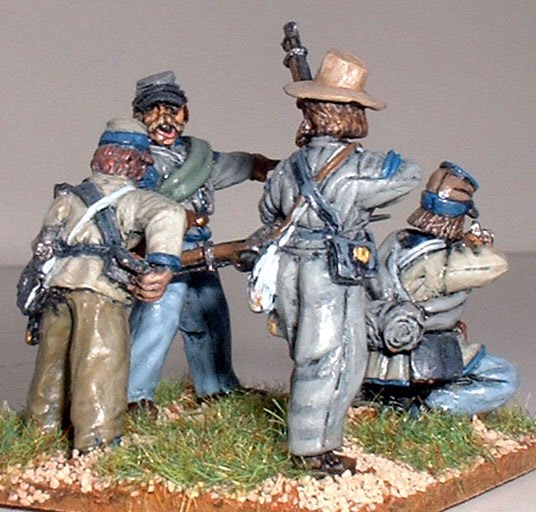 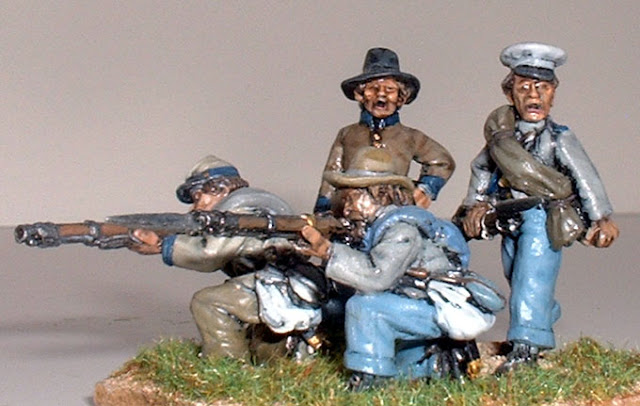 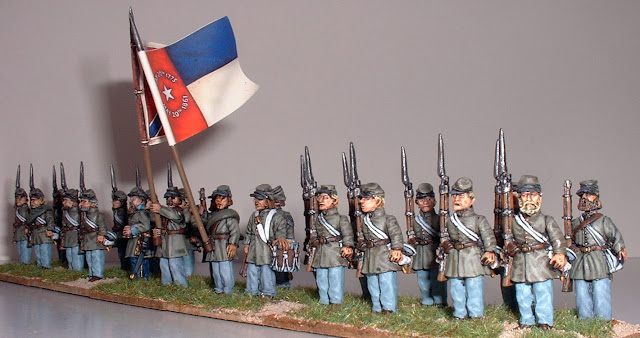 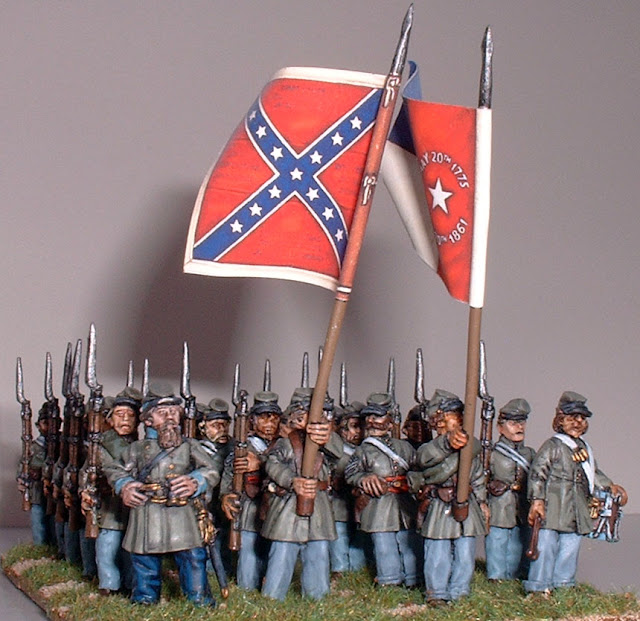 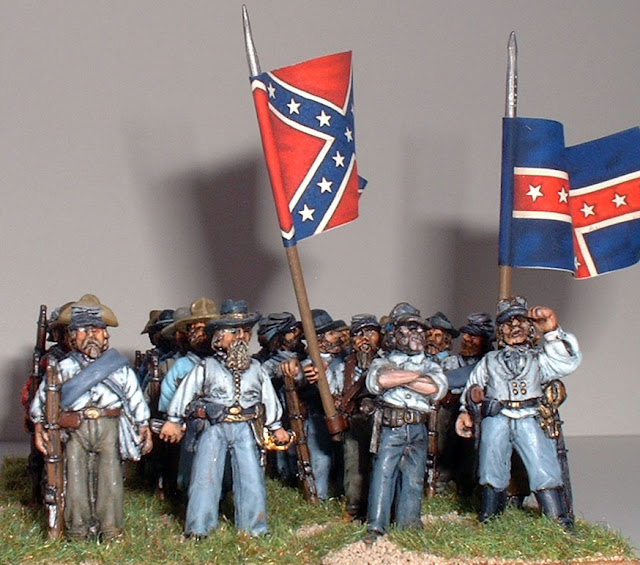 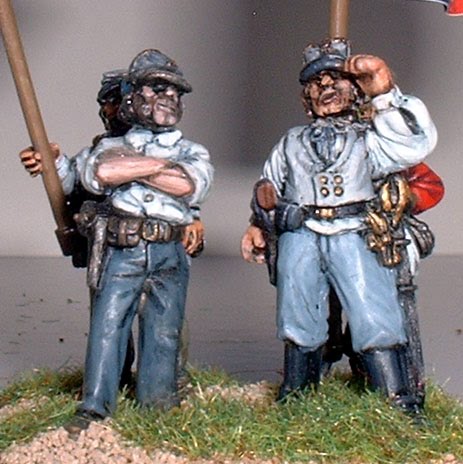 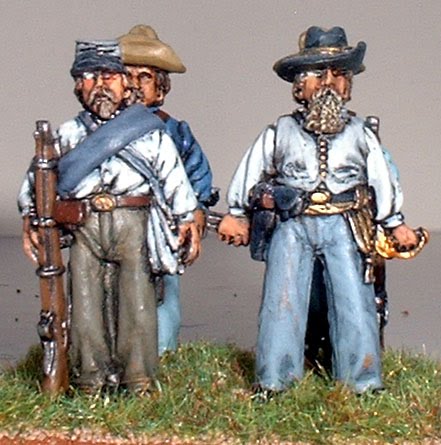 By the way, the matt varnish isn't what it used to be - some figures look as though they've only got one eye!. It's Matcote with Coat d'Arms spray on top to seal the base too. Time for  rethink . . . .
- August 30, 2010
Email ThisBlogThis!Share to TwitterShare to FacebookShare to Pinterest
Labels: American Civil War