My Mother died in 1980, my Father died in 1985. I still think about them a lot and if they walked in through the front door tomorrow I'd welcome them with tears and open arms. They were great parents; full of faults and foibles and funny little habits and they rowed and laughed and I rebelled against them and finally realised, too late, what excellent people they were.

Where I was brought up we didn't have mothers and fathers, we had mams and dads. Mam was the disciplinarian and you didn't cross her because then it would involve Dad; the childhood equivalent of Defcon 4. Mam had the boniest hands in Salford which could inflict severe pain effortlessly and with lightning speed. She rarely used them, but I was a hell of a good 'ducker' nonetheless - all my mates were too. She didn't need to anyway because she had a tongue like a scalpel and could strip you to the bone with a very short phrase. I honestly can't remember Dad ever having to resort to a clip round the ear though I'm sure he did now and then, but the sound of disapproval from that deep voice was enough - I can hear it now, as clear as day.

As kids, neighbours kept an eye on you and weren't afraid to tell you off. Policemen warned you off with "I know where you live and I'll be round to see your Dad" and we'd shit conkers in case they did; which they didn't, of course. A penny would buy you an hour in the swimming baths, a bag of broken biscuits or a huge slab of cake with God knows what in it, a bag of scratchings from the chip shop or eight Mojos of Fruit Salads from the corner shop. We pinched apples from the greengrocer and got rhubarb from near the railway line - and sticky buds. A comic each week and scabs on our knees and we were happy because that's all there was.

We lived in an age of certainty where Germans and Japanese were bad, but Yanks were good and had cowboys and big cars. The local clergy knew everybody and it didn't matter whether you were Catholic or Protestant. Hindus and Muslims were in comic stories about the Wolf of Kabul and Jews ran the haberdashery and jewellers and all lived in Prestwich. We were very familiar with what our Vicar called the 'Dark Skinned Races' because they came off the ships in the docks to drink and whore on Trafford Road. There were only three categories: Darkies, Indians and Lascars (anyone who didn't seem to fit the other two categories). And we didn't mind any of them, but we always touched the darkies for good luck.

Skip forward to the late 1960's and 'They' decided we lived in slums. I'm still not to sure who 'They' were, but, in a few short years, communities were destroyed and people who had lived and died together, been through two world wars, been blitzed, seen the first cars and the first men in space were scattered across Salford and housed in anonymous blocks of flats with new neighbours who they didn't see anyway and given shopping precincts full of strange shops selling stuff they didn't really want. Kids went to different schools, some brand new, and lost the freedom to roam the streets they grew up in.

Yes, you bet I'm bitter about it because now we've evolved into an unhealthy mix of 'you've got; I want' and plastic values. Neighbours are now a pain in the arse who park across your gates, but you rarely see them anyway. Consideration isn't something that comes naturally and is now purely a term in contract law. We've been enlightened in so many positive ways yet dragged into a new 'Dark Age' in many others and I find myself saying what Dad said when Kennedy was assassinated: "What's the world coming to?" 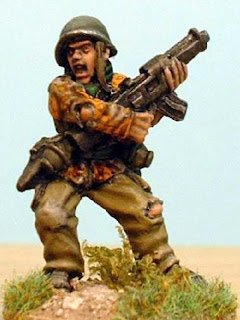 - August 09, 2008
Email ThisBlogThis!Share to TwitterShare to FacebookShare to Pinterest
Labels: Near Future